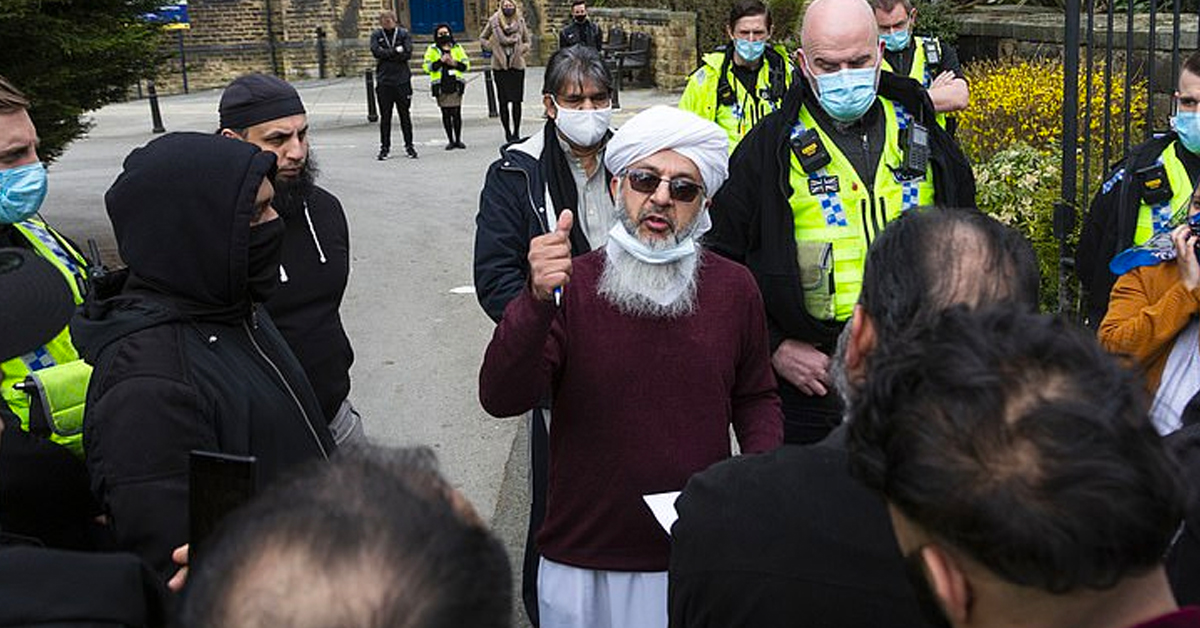 On Monday, a teacher at Batley Grammar School showed cartoons of the prophet Mohammed during a religious education lesson.

Then, bigoted local Muslims organised a demonstration outside the school gates - completely ignoring Covid restrictions - and demanded that the teacher be sacked.

In response, headteacher Gary Kibble said the teacher in question has been suspended and issued a grovelling apology to the angry Muslims!

Thanks to the cowardly school officials, it seems that Islamic blasphemy rules now apply in British schools!

This is Great Britain, not Pakistan or Saudi Arabia, so the teacher in question should have been protected and the angry Islamist mob told to take a running jump.

This kind of appeasement of extremists is a recipe for disaster and is leading to the complete erosion of freedom of speech and its replacement by imported Islamist religious bigotry.

British schools should not be made to bow down to Sharia Law!

Britain First has started a complaints drive to demand that the suspended teacher is reinstated immediately!

Please read the letter below then fill out the form and your complaint will be sent immediately to headteacher Gary Kibble: