This is an exciting message, so please read all the way to the end.

You will absolutely love this project, it will cause political havoc up and down the country!

The extreme Covid lockdown has brought all political activities to a grinding halt.

The entire nation is on virtual house arrest, but here at HQ we are not idle.

We are taking this opportunity to overhaul our administration systems, set up a new treasury department, invest in new purchases like our newly acquired activist minibus and to professionalise our entire operation.

I mean, what else can we do while we are stuck indoors?

Which brings me to our latest project which I need your help with.

If we pull this one off, there's no end to the publicity and political havoc we can achieve!

Part of what we are doing here at HQ during lockdown is preparing for when lockdown is lifted.

Believe me, when the restrictions are lifted, we are going to be swinging into action like a cyclone that has hit Britain!

When lockdown is lifted, we need to make up for lost time, so believe me, we will be hitting the streets hard.

Not only will we be relentless and hyper-active, but we will also be working far more intelligently.

Organising activities that result in publicity - and Britain First trending on social media - gives us access to vast numbers of ordinary British citizens.

This type of high-octane activism was perfected by the communists of the 20th century and is highly effective.

The communists call it Agitprop, which stands for "agitation and propaganda".

Every single communist movement of the 20th century, right up to the present day, had an Agitprop department.

Britain First has also excelled in this type of robust activism over the years.

To grab headlines and cause exponential growth for our movement, I have worked out an exciting action plan that will give us an impressive new machine for campaigning.

Just a few weeks ago, Britain First purchased a new 17-seater minibus for our activists.

We need this minibus to keep our activists safe and to help organise activities with greater efficiency.

Well, now we have it, and it is ready for action as soon as lockdown is lifted. 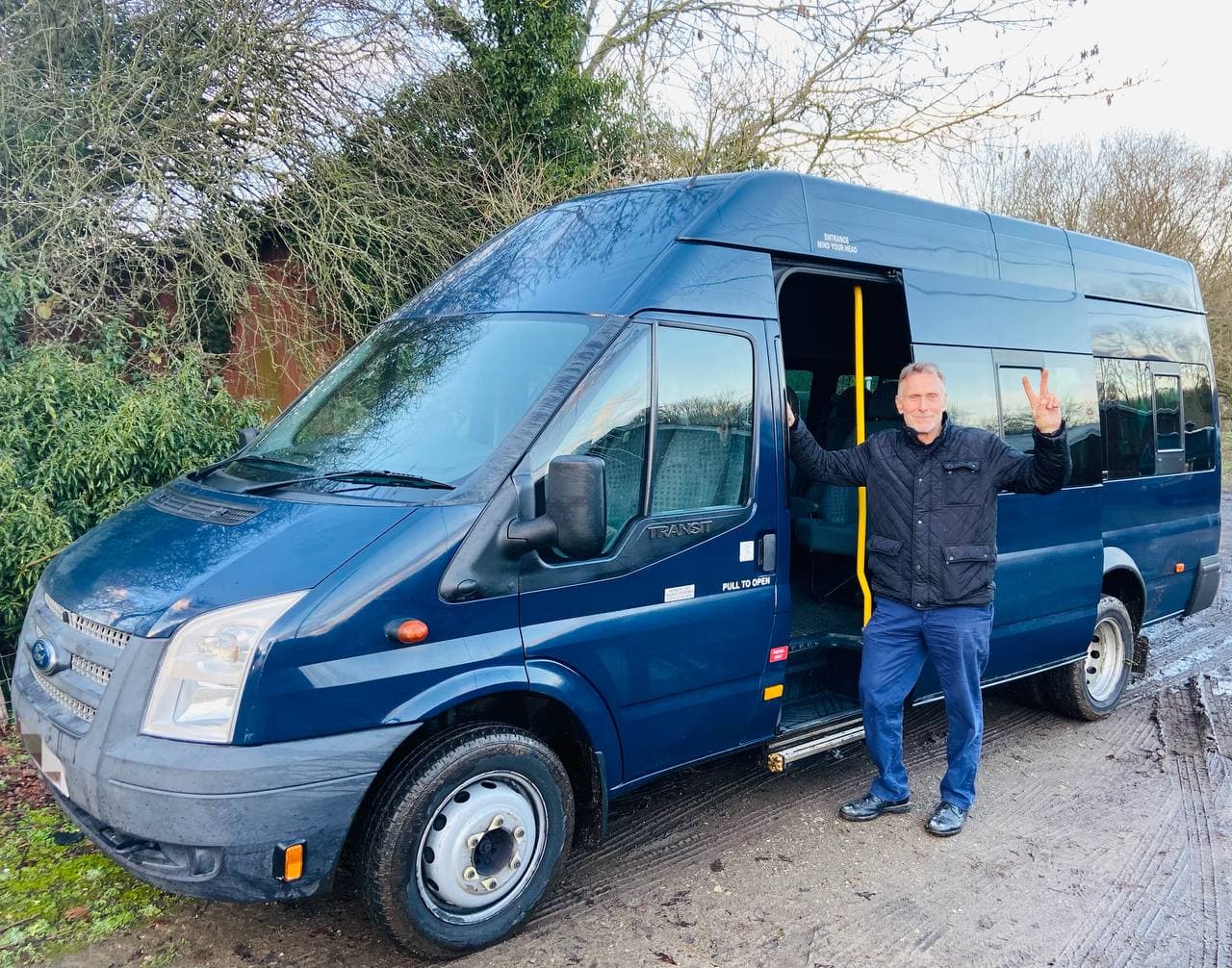 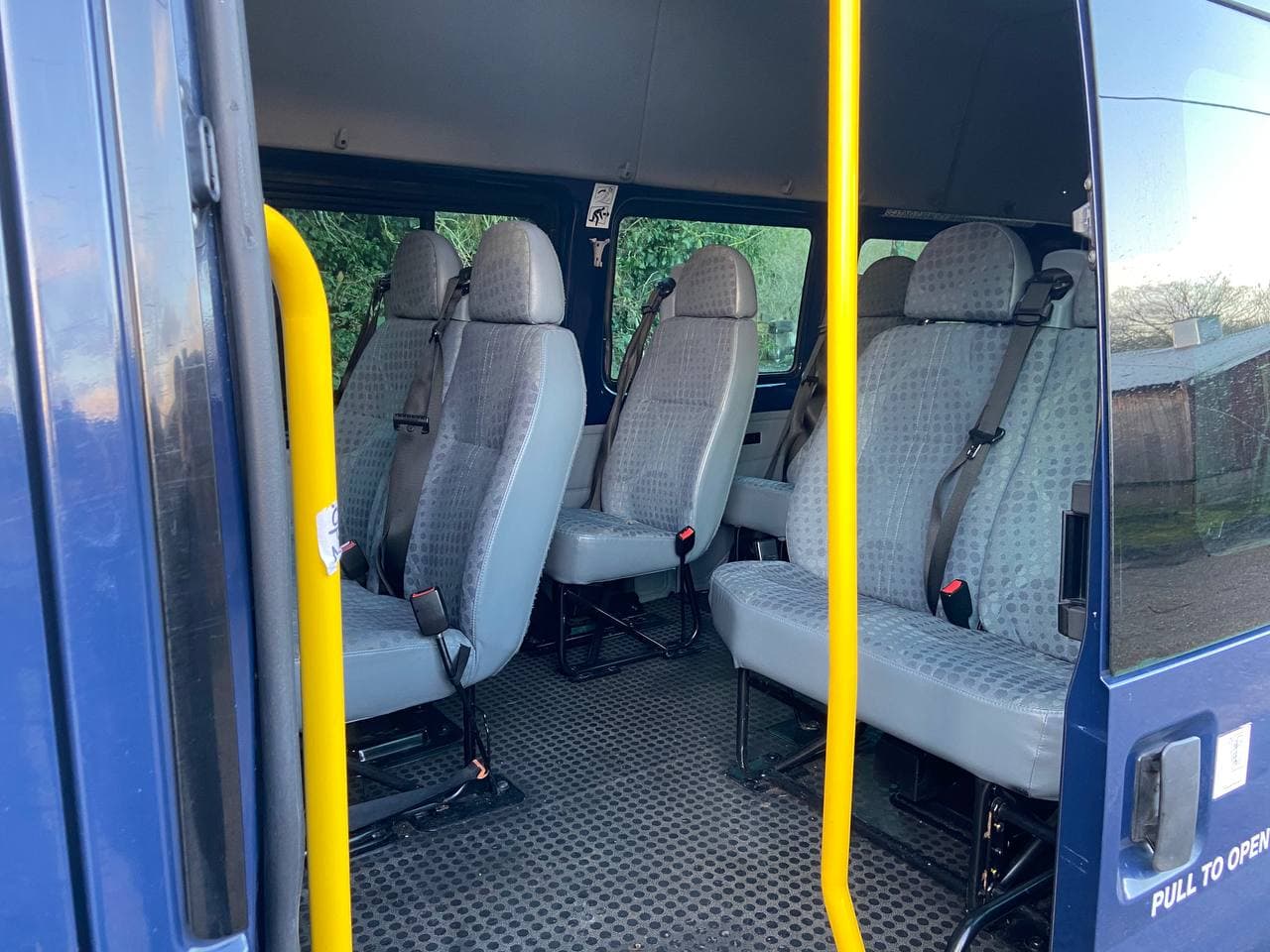 But after reviewing the situation, we have concluded that our new minibus can be so much more than just a minibus.

As it stands, the only thing we can use the minibus for is to transport activists to and from activities.

With some clever additions and modifications, our new minibus could be a stupendous campaigning machine!

Here are some of the ways we can upgrade our minibus:

- Install a powerful PA system so that when it travels through town centres and high streets it can be blaring out patriotic British anthems as well as Britain First slogans and pre-recorded messages to grab mass attention.

- Install a second PA system with a loud microphone so that i can give short rousing speeches to the public on days of action and other activities. We will also modify the side of the minibus so that I have a quickly-deployed small stage to stand on while giving speeches. This will transform our minibus into a mobile rally system and mobile soapbox.

- Install a special system which allows both sides of the minibus to be almost completely covered by huge advertising banners, thus turning our minibus into an advertising vehicle. This, coupled with the PA systems, means that we will have a powerful audio and visual advertising vehicle for campaigning.

- Install a 360 degree CCTV system that has it's own power supply. This is vital to keep our activists and the minibus itself safe.

- Install special security grills over certain windows at the front and rear of the minibus to make them secure from attack.

Implementing all of these ideas will transform our big 17-seater minibus into a secure, fully-functioning campaigning and advertising super-vehicle, able to revolutionise the way our movement campaigns and organises activities.

I am very excited and eager, as leader of this movement, to get this project organised and implemented asap.

Just imagine some of the follow scenarios that will be made possible with this project:

Imagine the consternation this activity will cause in Abbott's office!

Imagine Diane Abbot's reaction on Twitter and her squealing to the media that the Britain First "Battle Bus" is outside her office with slogans and music blaring, while activists hand out leaflets directly outside her office front door!

Imagine a Britain First day of action in a town like Bradford, a strong-hold of radical Islamists. 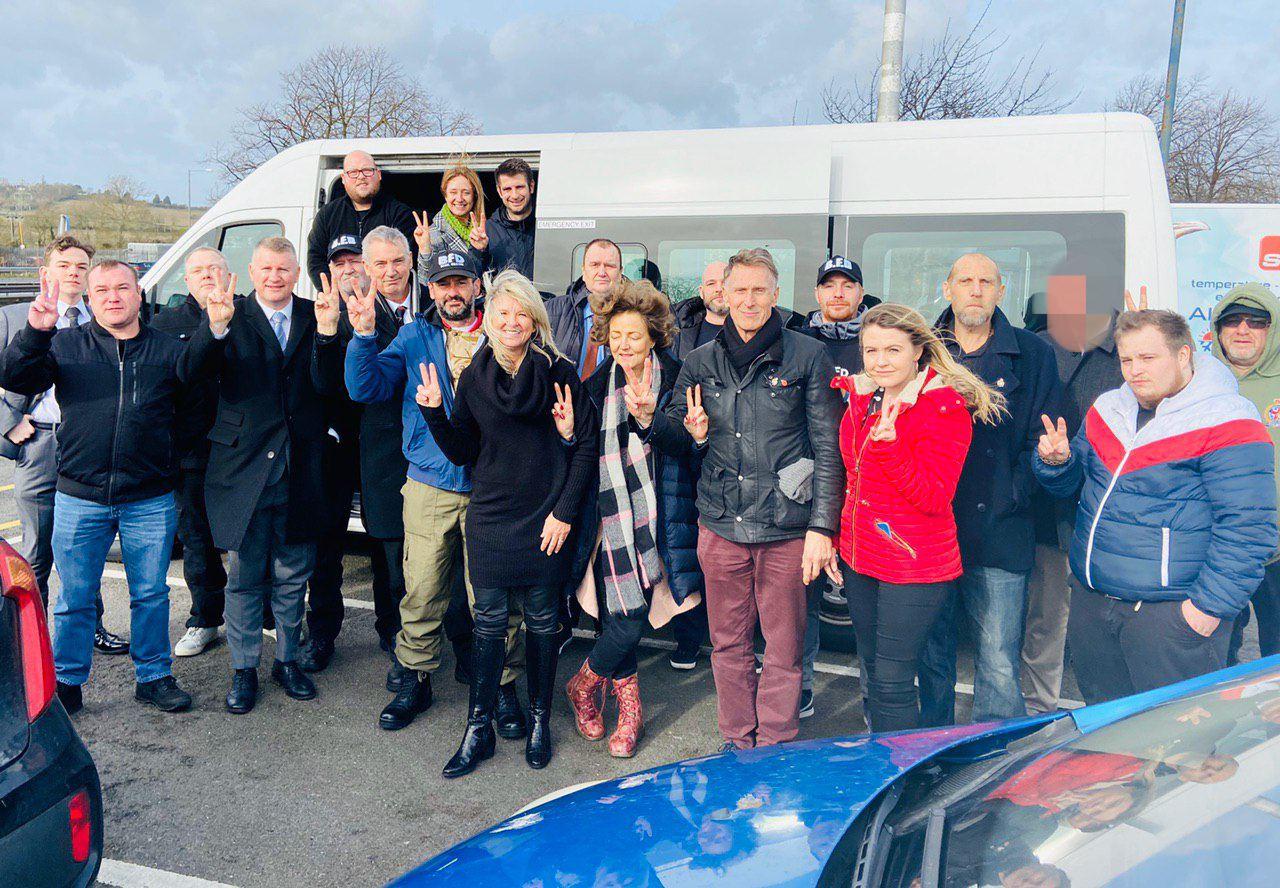 Imagine the "Battle Bus" pulling up on the High Street while dozens of activists flood the town centre distributing leaflets.

Thanks to the PA systems I am able to deploy the small stage and give an open air soapbox style speech to hundreds of passing shoppers!

Imagine that Jeremy Corbyn is holding an indoor meeting for treacherous left-wing followers.

Imagine if the Britain First "Battle Bus" parked directly outside the entrance blaring a pre-recorded message out the PA system at full volume!

The same can be said for Black Lives Matter and other horrible left-wing meetings and rallies.

These are just a few examples of the way in which our new "Battle Bus" can be deployed to create maximum impact for our movement.

While there are no activities taking place, the "Battle Bus" can simply tour every town and city in Britain with the huge side banners on display and the music blaring, bringing our movement to the attention of millions of our people.

We have only just begun to brain-storm and write down a list of the ways in which our "Battle Bus" could be used to maximise impact.

I am sure you agree with me that this is an exciting project and one that can be implemented completely before Covid restrictions are lifted, hopefully in late February.

In fact, while we are unable to go out in public in any way shape or form, this is the perfect time to get party volunteers to implement these modifications to our minibus. 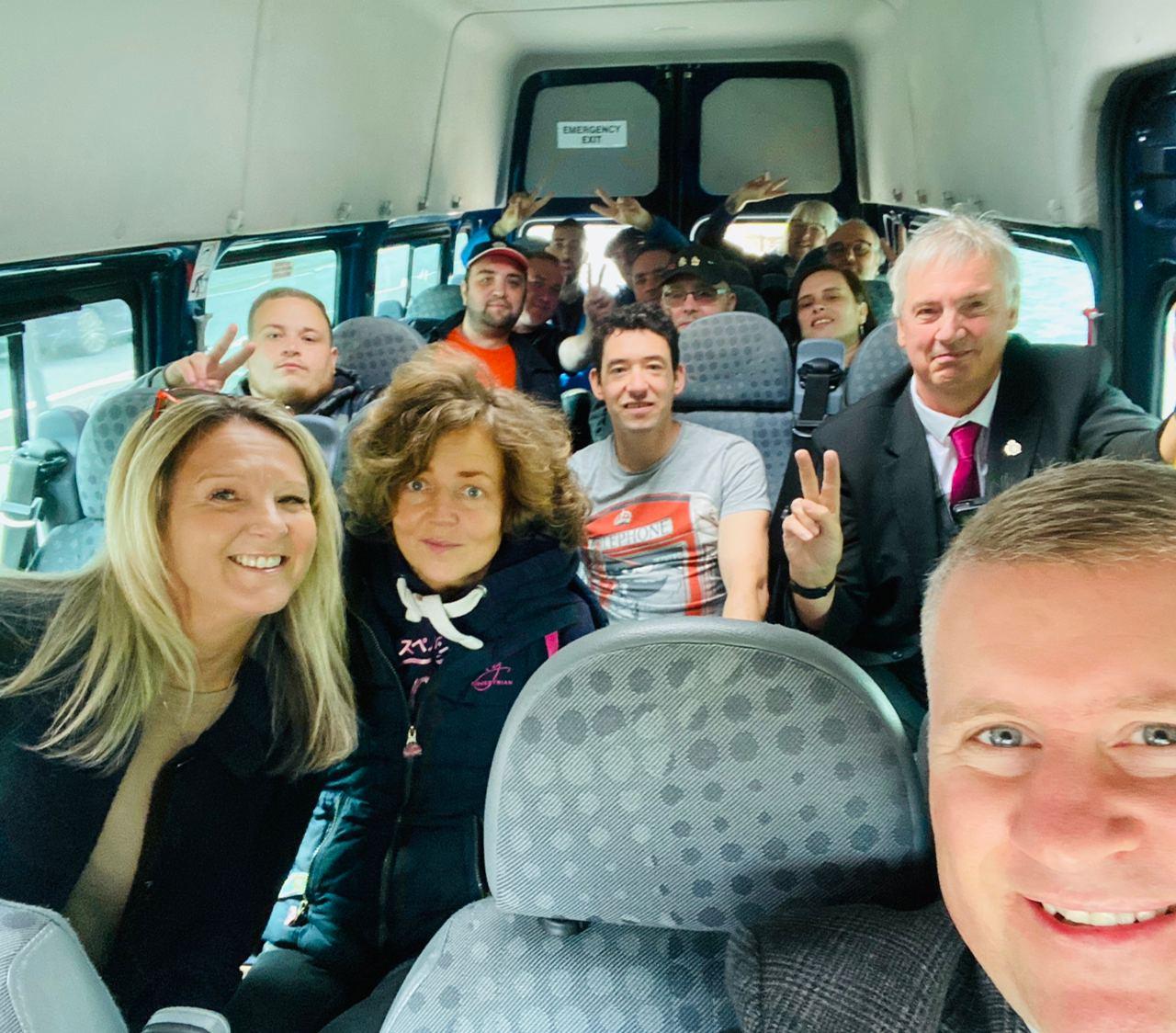 The good news is, we can achieve all of these modifications and alterations to our minibus for only £5,000.

When lockdown restrictions are lifted, we can hit the streets in a way this country has never seen before.

I want to make impromptu rabble-rousing speeches in towns and cities all over the country, old-fashioned soapbox style.

This new project is critical for the future success of our movement and will allow us to be louder and more impactful than ever before!

Let's face facts, only Britain First offers hope for the survival of the British nation.

No one in this country on the political Right gets out onto the streets and campaigns among the British people like we do.

I want you to dig deep and help us raise the funds to get this project implemented asap.

I really need your help with this one.

I am depending on you to dig deep and make the biggest sacrifice you can.

Please chip in below, every penny counts: